The Hubba Hub Presents: To Infinity and BEYONCÉ 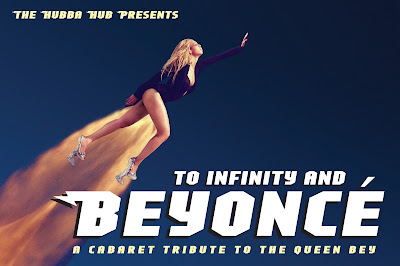 Are you Ready for This Jelly? On October 23rd, Boston's hottest burlesque performers take over Oberon to pay tribute to none other than the Queen Bey herself, BEYONCÉ. The club will be Jumpin' Jumpin' with percussive tap from Sean Fielder and the Boston Tap Company and acoustic covers by Lainey Schooltree. You'll be Crazy In Love with our Bootylicious burlesquers, and Baby Boy Mehran will have you doubled over with laughter.

Collaboratively produced by the masterminds behind The Slutcracker, Axe to Ice Productions, and the Bitches of Destiny, this show is Irreplaceable.